In this report, we describe a 4-year-old who was playing with an electric nail clipper when the blades caught the skin of the child’s neck. This device is touted as safe for all to use, although the manufacturer advises strict supervision when in possession of the device. We describe an accident where the device was embedded in the neck of a child which needed excision of the neck skin. The blades of the device pinched and implanted into the superficial layer of skin of the patient, and the patient’s parents were unable to remove the blades without fear of injury. Upon presentation, we followed sterile procedure to excise the blades along with superficial skin layer with a scalpel and sutured the resultant wound. We advise that parents utilizing safety clippers such as these do not take for granted the possible accidents and injury that may still occur should a child misuse a device.

Injuries in the home are a major public health concern, and a leading cause of death in children under the age of 5 years. More than 30,000 people die annually in the U.S. from unintentional injuries at home, with the trend rising since the year 2000. Data from the National Vital Statistics System (NVSS) from 2000 -2008 showed that almost 25% of the home injury deaths occur in children aged less than 5 [1,2].

The American Academy of Pediatrics (AAP) and Consumer Product Safety Commission (CPSC) espouses measures to prevent home injuries in the children. While the CPSC encourages use of safety latches, safety gates, door knob covers, door locks, smoke alarms etc., there is no mention about the household/consumer goods safety [3]. Also, even though AAP has been advocating the recalls of unsafe consumer products, the dangers of sharp nail cutters and Roto-clippers has been oblivious to the AAP.

A 4-year-old female with no significant past medical history presented to the emergency room with her mother due to a foreign body to the neck. As per the mother, the child was playing with the family’s electric nail clipper, a “Roto Clipper” and had it in contact with her skin at times while the device was in the “Off” position. The child accidentally pressed the “On” button of the electric clipper, activating the device and causing the blades to pinch and implant in the skin on the child’s neck. The family was unable to remove the blades, and the patient had no other complaints at the time of presentation. Vital signs were stable and within normal limits, and on physical exam the anterior surface of the neck below the cricoid and above the sternum was obscured by the blades of the device which were still contained inside their plastic casing (Figure 1). 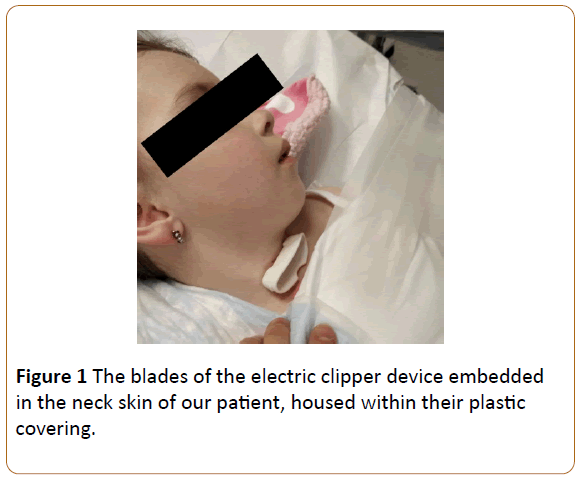 Figure 1: The blades of the electric clipper device embedded in the neck skin of our patient, housed within their plastic covering.

Initially midazolam was given intramuscularly as an anxiolytic and the wound was cleaned and prepped in the usual sterile manner. Local anesthesia was initiated with 3 mL of 1% lidocaine with epinephrine. The foreign body was excised with a #15 scalpel, revealing the 2 cm open wound in the skin. The wound was closed with 5 sutures using 5-0 nylon via interrupted suture. The patient tolerated the procedure well, and the wound was dressed with Bacitracin and sterile bandages. After two months, the scar has healed well (Figure 2). Several “as seen on tv” devices have been gaining popularity as the advent of online shopping makes such devices easier to obtain. The Roto Clipper is not unlike other electric beauty products; it is a battery-powered nail trimmer and nail filer that is supposed to provide an easy and efficient mechanism for maintaining one ’ s fingernails and toenails. As per various websites and packaging, the blades within the clipper spin at anywhere from 500 to 700 rpm, activated by a depressible On button. These blades on the Roto Clipper in particular are beveled and recessed within a removable plastic head to make them safe to the touch, often specifically advertised as “safe for the entire family, even kids.” [4] While the device may be easily deactivated via an on/off switch, it is evident that the blades may still catch accidentally on skin while the clipper is active, as in our patient, and possibly may catch on other surfaces. Lapses in safety may lead to injury if parents are not wary of children accidentally playing with a clipper. It is possible that any region of the skin of a child can be caught within the blades of a safety clipper, and foreign body removal as well as wound closure protocol should be followed as soon as possible after this type of injury. Even though the user manual of the Roto Clipper includes a specific provision that close supervision is required when using on children or near children, there was no warning on the package or carton or on the product. This child was fortunate that the device did not get embedded in more dangerous area such as the eyelid or pharynx which could have been devastating.

Although the Roto Clipper and other similar devices are indicated to be safe for use even by children, there are important considerations regarding their safety that must not be overlooked. It is important to closely supervise the use of such devices, as the clippers are not infallible in the prevention of minor injuries and complications. 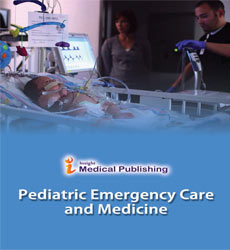 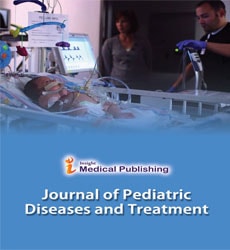